Our apologies for the large gap between news updates. Sometimes that happens when missionaries get incredibly busy, but sometimes it’s just because they are going through a dry time and it’s hard to craft a letter home. The latter has been our excuse I’m afraid. There’s really no ‘one thing’ to point to. Life and ministry have been carrying on well for us. But even so, we’ve found ourselves burdened with a lot of stress. Renee and I have learned, over many years of missionary life, that this is not uncommon. And for us, when we have a long stretch (more than 2 years) in Africa without a furlough, we tend to find ourselves here.

This is perhaps the worst it has ever been however. The environmental factors have a cumulative effect over the years, and this new season of insecurity in Kenya has not helped. In Renee, it has started to cause emotional strain, and now some small health issues as well. So we’ve drawn inward a bit. Unfortunately, it’s times like these when we need prayer the most, so we especially appreciate those of you who pray unprompted for us and our ministry. Thank you.

We are due for a furlough soon, as you may know. So there’s some solace in that. In fact, as we considered our upcoming furlough, we decided that we really need to make it count. We were originally planning to leave Kenya just a few days after Amelia finished school, and be gone for about 5 months in order to get her back for the second term of the next school year. But now we feel like we need more time.

So, the plan now is to make this furlough also a sabbatical of sorts, taking our time in visiting many of you while Renee continues her degree with Liberty University and the kids continue their schooling with an online academy. Instead of heading home in mid July, we will hold out until the end of August, at which point we will have been on the field for three years and can take up to eight months of furlough if we want it. The down side is that we will miss summer. But the up side is we will have more time in each place and an easier pace.

We’ll be be coming home with a new set of experiences and stories to share. It will also probably be the last time we all furlough together as a family (the next time Amelia returns she will be an adult with eyes on college.) So this trip “home” will mean a lot. Expect us back Stateside by September 1st, and around until about April of 2015. 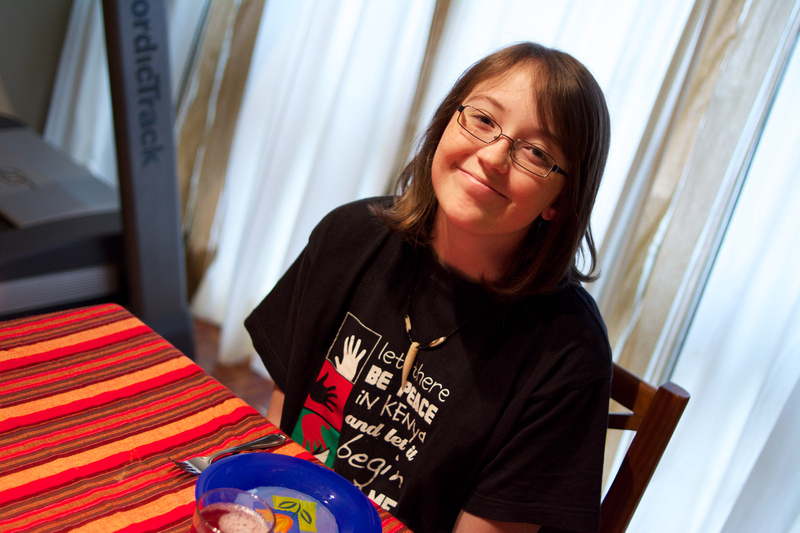 Renee and I just spent a beautiful weekend at a marriage retreat in Limuru, Kenya’s tea growing highlands. It was a very good time for us. As we look forward to celebrating 19 years of marriage next month, we were reminded what a gift God gave us in each other. Renee is perhaps the biggest manifestation of God’s grace in my life, and I know she would say the same about me. Married 19 years and approaching 17 years with AIM… You can do the math and appreciate how much our mission endeavor has shaped and drawn from our lives together.

Amelia is home from boarding school this month, and we’re about to take off for Mombasa for a week – our first real vacation in a couple of years. The kids are looking forward to that. Amelia has been doing extremely well at Rift Valley Academy. In fact, both Zach and Amelia are doing well all around. They are so different, but both a delight to mom and dad in their own ways. There was a time when we were fearful of the approaching teen years, but so far it’s been great. Zach turns thirteen in August.

Over at OFM (On Field Media), the feature film we launched late in 2013 continues to demand our time and attention. The Distant Boat has been making an awesome impact, one we’ve only caught a glimpse of from scattered emails and first hand accounts. The film has been viewed by many thousands already, and we’re currently working with Kenya’s media outlets to get it broadcast on national television – possibly reaching millions. Our greatest hope, that the film would resonate with African Christians and challenge their perspective on missions, has been bearing out. We’re slowly working toward Swahili and French translations so the film can reach even further. And there’s a lot of follow up, meetings, and partner development still going on. I suppose I thought this ship would have sailed by now (sorry about the pun) but it’s still a very active project on our plate.

Our team has also moved on to other projects outside of the movie, many of which are not ready to share yet, but soon will be. So far this year my travel hasn’t taken me much past our neighboring Tanzania and Uganda, but there’s prospects for some adventure in the coming months. We’re creating media for AIM’s TIMO ministry on many fronts, which when we do, always makes me feel like our ministry is working on the front lines.

One thing I’ve been learning in the past couple years is just how much impact our little media team can have for the work of “mobilizing” missions. We tend to categorize our ministry as one that supports other work, through communication, encouragement, awareness. But the film we finished last year, and the exciting but still secret project we have in store for 2015-2016 have moved us squarely into the realm of missions mobilization for the global church. This is an incredible privilege, and responsibility, in my mind. I think it’s awesome that God has put On Field Media in place for such a time and task as this.

You can always check AIMSTORIES.COM for new stuff from our team, or follow the same on Facebook.

“Two revolutionaries were crucified with him, one on his right and one on his left.” (Matt 27:38 NLT)

Lord willing, we will be resting at Kenya’s coast this Easter weekend, and you will have already received our update. There are many deep devotional thoughts to be crafted from the Easter narrative but none I can think of related to the beach. So let me leave you with this one.

Africa is rife with revolutions these days. Ethnic fighting in South Sudan, religious atrocities in C.A.R., terrorist manifestations in Nairobi… the list can go on. All around I see hatred and enmity. There are always faceless geopolitics behind these kinds of revolutions, but they have a deeper cause in the heart of individual men and women. We are revolutionaries by nature. Why? Because we want something.

“You desire and do not have, so you murder. You covet and cannot obtain, so you fight and quarrel. You do not have, because you do not ask.” (James 4:2)

Some say it’s land or oil or power. Others say their fight is for rights or respect or recognition. And some say they act in the name of god. But in the end, this rebellious spirit is something personal. 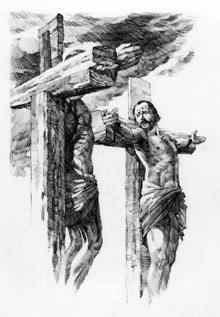 Two other men were crucified that same Friday when Jesus was killed. They hung on similar wooden crosses, we are told, to his left and his right. The men were both thieves or  “revolutionaries” as the New Living Translation puts it. They were both guilty. And even though they both knew they deserved their fate, they looked to the man between them through different eyes. One saw hate, and one saw hope—his last hope. “Remember me” he asked of Jesus, “when you come into your Kingdom.”

All of humanity is represented in those two revolutionaries. We are all dying men, are we not? We are all guilty too. But we can all choose which side of the cross we are on, for how we live our days, and how we face our last day.

Regardless of the many things we may think we want, it turns out that the thing we need is hope. But so many do not know where to turn for it. This is the message of Good Friday, and even more, of Resurrection Sunday. Turn to Him. Just ask.

This Easter, may you be filled with that hope.

With love from Africa,
The Delorenzos