Dear friends, This is a letter about change, and how we are sometimes slow to recognize God’s hand in it. This is also a letter about being thankful, which I hope we are less blind to. Our newsletter is long overdue, but perhaps you will understand why once you’ve...

Flight of the Administrator

Some seven hours later, after exhausting our search for a chopper, after launching two airplanes and one doctor, after landing a 206 on a bit of dirt road in the desert, after a hundred phone calls, some pretty hard decisions, and all the emotional energy I could muster, Susan was safe. 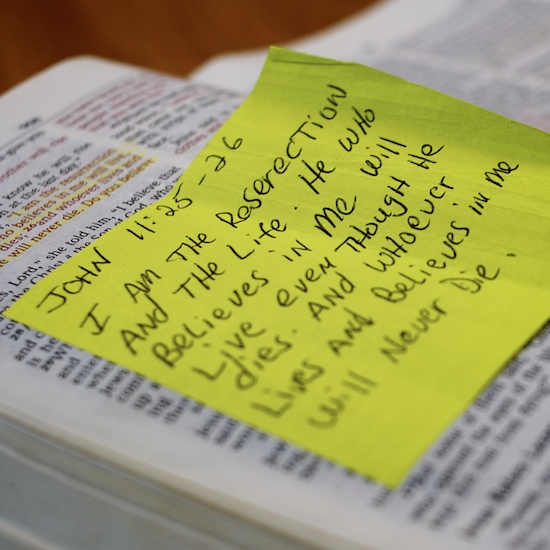 I discovered this Post-it note in the back of one of dad’s bibles shortly after he died. When I found it, I recognized it at once as a sort of treasure—something special because it is written in his hand, and even contains one of his telltale, and humorous, spelling...

Soil, Sheep, and the Work of a King

The problem was not so much the plough however. The problem lay deeper than any curl of steel could cut in a field. Deeper than the gullies swallowing up the fertile soil. Deeper even than the sorrow of the Basotho who have summarily declared themselves “cursed”. The problem lay in the hearts of the people.

Richard’s face is almost entirely, almost always, a mixture of joy and burden. His eyes are wise and reserved beneath an unwieldy tussle of graying eyebrow. His smile sometimes comes with a coordinated squint and a mild shake of the head—communicating both...
Page 1 of 1812345...10...»Last »