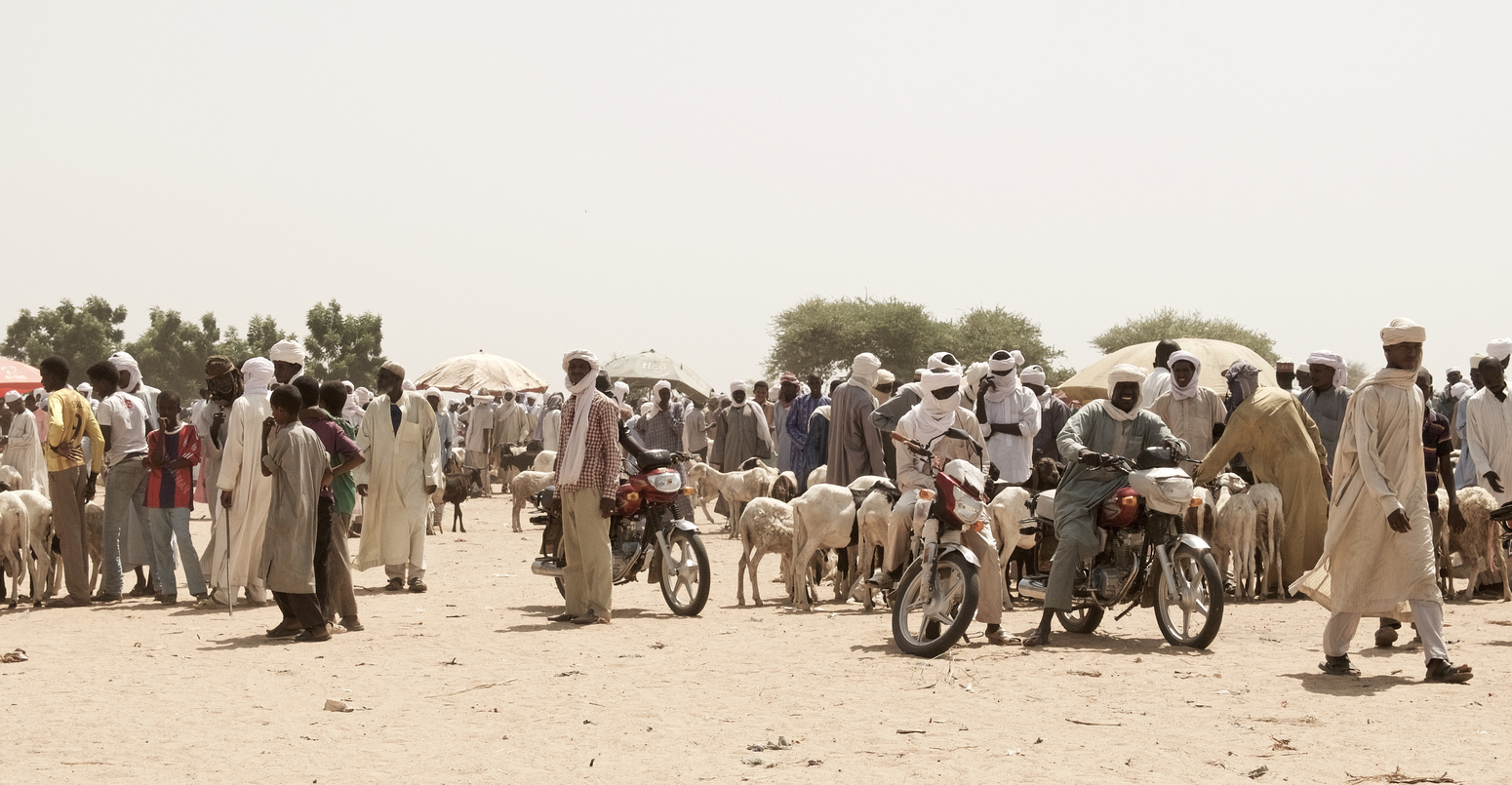 (In October 2016, I travelled to Chad and Kenya with AIM’s US Director. Here’s my article for AIM’s magazine. And some photos at the bottom.)

I stepped from the Land Cruiser and wiped my brow (again), grabbed a dusty camera bag, and followed John and the rest of our group through the gates. Here on the fringes of the Sahara we came to see if this small town might hold an open door for a future ministry team. Central to the K people, the town is a last outpost of sorts. The one main road quickly disappears northward into hundreds of miles of wilderness, snakes up through the unearthly Tibetsi mountains, and eventually spills out into Libya. Beyond this town, it’s a no-man’s land where Mbororo clans carve out nomadic lives, artfully moving around in camel trains, where stately Arab cattlemen on horseback peer out through swirls of white cloth wrapped around their heads, and where scrappy bands of traders run decades-old trucks, stacked high with wares, south to north and south again. But even in a crossroads town like this, we stood out. Our arrival was unexpected but, to our delight, welcomed.

We were led into a compound of mud and brick buildings and offered an audience with the local chief. After a few days in Chad, one gets the impression that all things of importance happen on a mat in the shade, and so it seemed here. The center of governance for this town of 32,000 is a simple spot of earth under a veranda and atop a patchwork of straw mats covered in an array of fine carpets. It was a slice of refinement in a place where everything is otherwise pale brown and hard and hot. We took our seats on the soft elegance, joining a small entourage and the chief himself. We drew near (but not too near), fumbled with what to do with our legs, and listened as greetings passed through French to the local language and back to English again.

The chief sat serene and reserved, wearing the whitest, pressed jalabiya robe, gold-rimmed glasses, and a faux Rolex which dangled from his wrist. Greetings turned to an explanation of our desire to bring teams to the town and possibly staff their impressive but idle cultural center, teach English, and support the local community. The chief grew more and more intrigued. He spoke in low tones, quietly speaking through the translator at his side who then addressed our small gathering.

One of his entourage sat silently across from me – a very tall man, colorfully and richly dressed. He seemed to blend into the carpets with his tasseled clothing and the relaxed, half-reclined position of a man who probably spends a good deal of time sitting on the ground. I took an interest in watching him rather than listening to the exchange between our guide and the chief. The tall man, however, was completely transfixed by the conversation – something made evident by his face and mannerisms. Pursed lips and a gentle nod in agreement. A tilted head and eyes flung skyward in a contemplative moment. Then at one point, he was straining to hear. With his body still propped up on one arm, he took his other hand, gently cupped it behind an ear, and physically leaned in toward the speaker. The whole scene with the carpets in the dust seemed very Biblical to me. Stately men in robes, reclining at the foot of an elder, bending an ear. But the sight also struck me as a metaphor for the country as a whole. A country at a crossroads. A country leaning in.

This is Chad. A landlocked and harsh expanse, it is home to fourteen million souls and two hundred distinct ethnic groups. It sits on the map somewhere in the middle of the continent; spanning the transition from desert to jungle, touching both sides of a divide between Christian and Muslim Africa. It is one part progressive nation, and one step away from the next coup. It’s a land of mystery and, most certainly, adventure – with uncharted territories, caravans, Sultans, and a fast-growing capital city. But it’s also a land of tremendous potential for the gospel. In many ways, Chad is unique in this regard. At 61% Muslim and neighbor to some of the world’s most protective Islamic states, you wouldn’t expect to get a “missionary visa” to live in Chad; but you can. While the culture and the government tend to favor Muslims, the state is openly declared to be secular, and religious freedom is supported. Chad is also home to a somewhat gentler, more open variety of Islam that regards any serious “man of religion” as a man (or woman) to be honored. This includes Christians.

I heard a story about one of the missionaries who constructed a small room onto the outer wall of his home compound with doors that opened to the street. He would spread out mats over the dirt floor, and in the shade of the space, invite passers-by to sit and listen to the reading of the Injil – the New Testament. Being a respected man in the community and the open doors removing any stigma of secret meetings, he often drew a small crowd. From a newly-printed Bible in Arabic, the Word of God would come alive, capturing the attention and the ears of local men.

We visited a couple of language schools where foreigners taught English classes to eager, mostly young Chadian students. Lessons here were unashamedly centered around stories from the Bible, and I watched one class practice their halting English through familiar passages with deep, thick accents – probably hearing the stories themselves for the very first time. I observed a small class of just three women and their teacher in discussions about a passage they had read that day. “So we see Jesus’ compassion in this story… How did he have compassion on the woman?”

What’s remarkable about these examples is how openly some Muslims in Chad can interact and engage with the Bible. What can only be done in secret in many other countries, might actually happen on the street in Chad. But this does not mean there are no barriers. In fact, even though Chad is marked by religious tolerance and has an established (although minority) church, it has a striking number of still-unreached people groups. It’s estimated that about 80 of the 200 distinct ethnic groups in Chad still have no viable witness to the gospel – more than any other country AIM works in. The reasons for this may be complex, but some combination of extreme cultural isolation and a forbidding environment certainly play a role.

Over dinner with a Chadian missionary named Moussa, we listened to his stories of working with the semi-nomadic Mbororo people. Apparently, the only way to minister among them was to walk with them – not one mile, but a hundred, in their shoes. Moussa would regularly join a family clan for a month or more as they wandered and camped with their animals. “Let me be with the Mbororo,” he would say with a giant smile and the light of Christ in his eyes. “My heart is for them.” When we asked him what it was like to live with the Mbororo, Moussa simply told us what they told him. “Sun.” He spoke and paused after each word as if we needed to let them sink in. “Heat. Hunger. Thirst. Dirt.” Another pause. “These things, when you are with us, you are in the middle of.” This gentle man embraced those hardships and more to regularly share Christ with a people otherwise cut off, and through his obedient, long-suffering footsteps, has earned their trust and discipled many. The story inspired, but also seemed to underscore Chad’s challenging spiritual environment: paradoxically accessible and inaccessible at the same time.

Toward the end of our journey, we traveled with Moussa to a couple of Mbororo homesteads and, on the way, drove our battered Land Cruiser along the edges of a gale – a rare thunderstorm that darkened the sky and churned up the arid landscape. It rocked our heavy vehicle and blasted it with sand. We stopped, and John and Pam got out while I bundled my camera gear to protect it. I glanced up for a moment and watched through the glass as Pam threw a scarf across her face, turned her head slightly from the onslaught, grimaced, and leaned into the wind. Then she began to walk, undeterred, toward the homestead. The sight, like the one of the tall man half-reclined on the carpets and cupping his ear, struck me as another kind of metaphor for this place. For AIM and the churches we partner with in Chad, there is a simple, sober acceptance that ministry here will be hard. Life here is hard. Yet, there’s a resolve in the those who have been called to serve; a resolve that steps out despite the “gale” of heat, isolation, and spiritual warfare.

For nearly 120 years, AIM has fostered a dream to “reach” Chad. It took eighty years to get here and twenty-five more to build a foundation. In recent years, we’ve made good strides toward that dream. We have dozens of missionaries now and a track-record of success with outreach teams and other ministries. Our infrastructure to support families on the field is also growing, with a vibrant school for missionary kids and a soon-to-be-constructed retreat center set on the breezy banks of the Chari River. AIM is ready, and hopeful, for a renewed push into this land. Postured like never before for people to come and engage long-term. On several occasions over the course of our trip, I heard a similar sentiment expressed – from a young missionary couple, the AIM director, and even Moussa: “The time for Chad is now.” This is true in more ways than one.

On one side is AIM, other mission groups, and the Chadian church – leaning in like Pam, undeterred against the elements and the discouragements, and resolved to share Christ. On the other side are Chad’s unreached peoples, scattered across a country that itself is a great wide open door. A nation with a hand to its ear, leaning in, anticipating, grasping for the whispered Word of Truth.

Where will these two meet? Likely on a mat. In the shade. Where all things of importance happen in Chad. 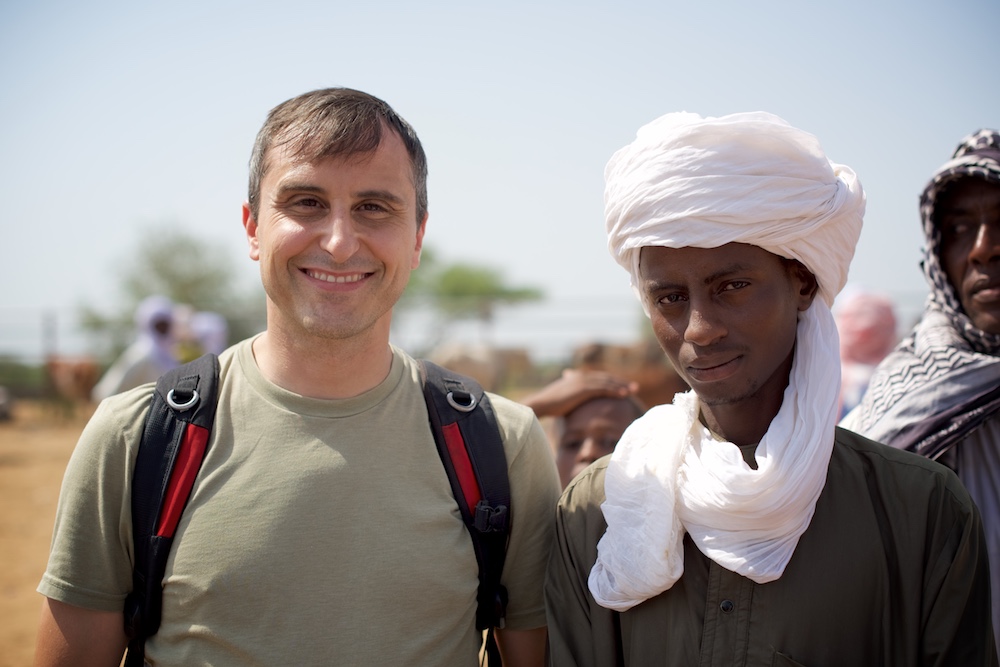 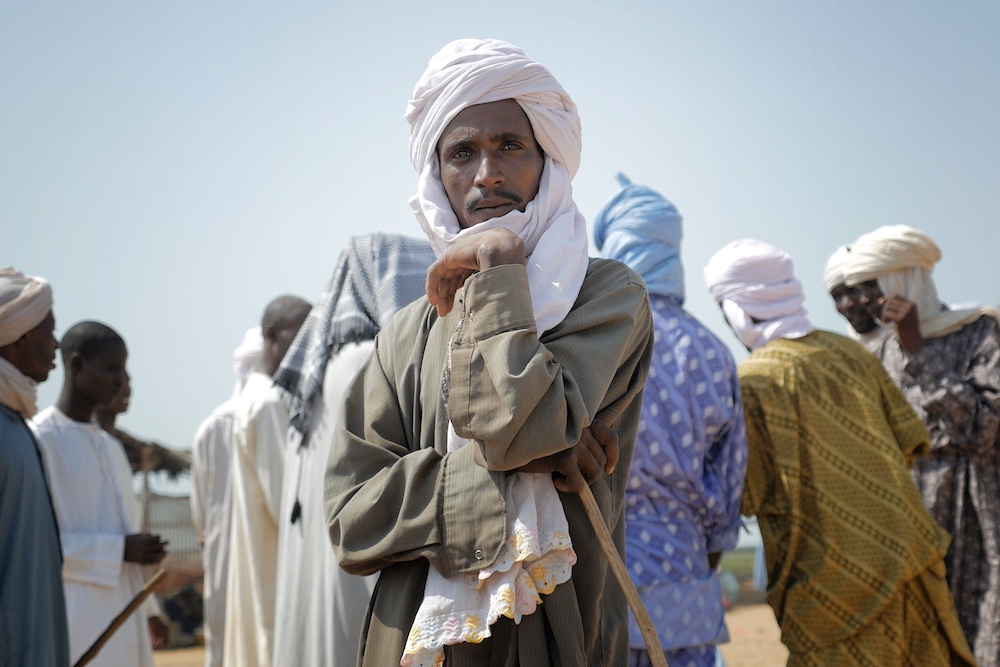 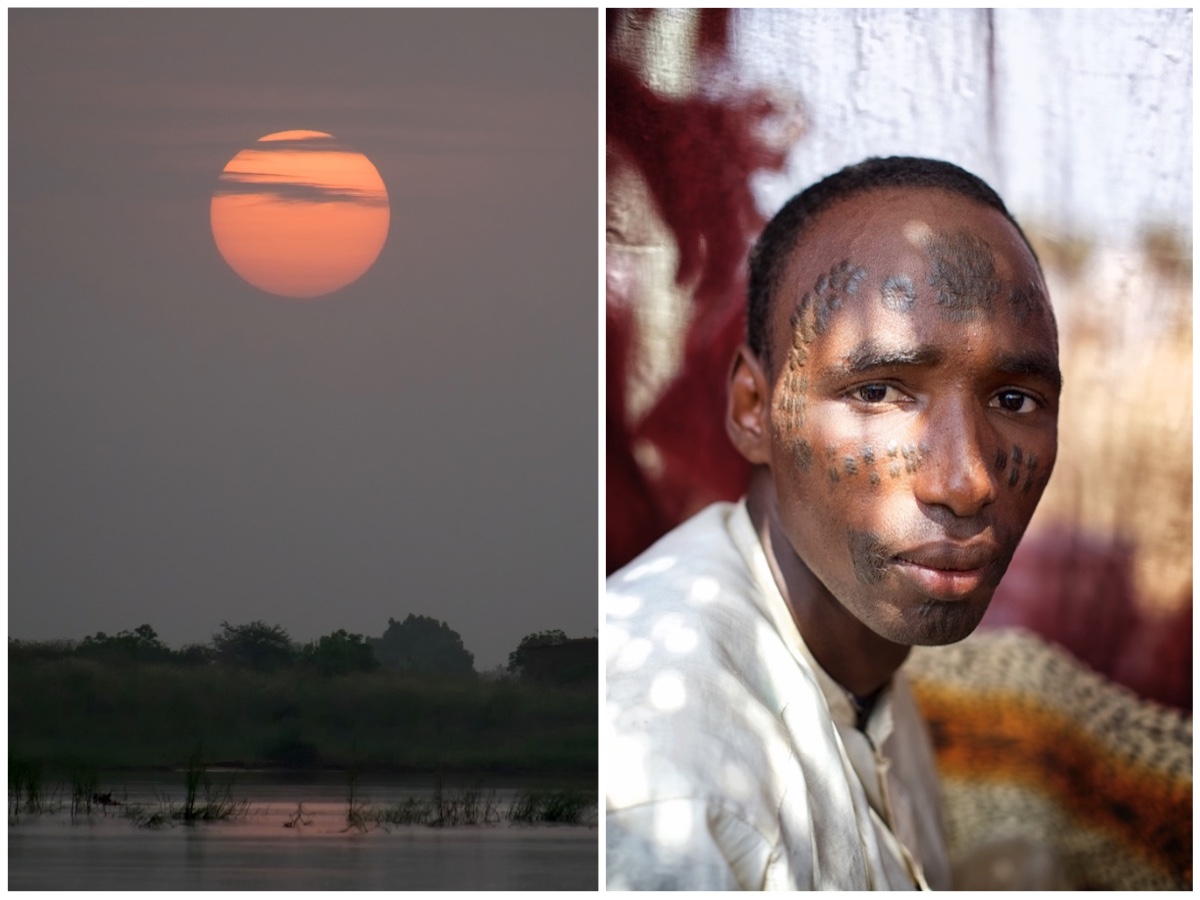 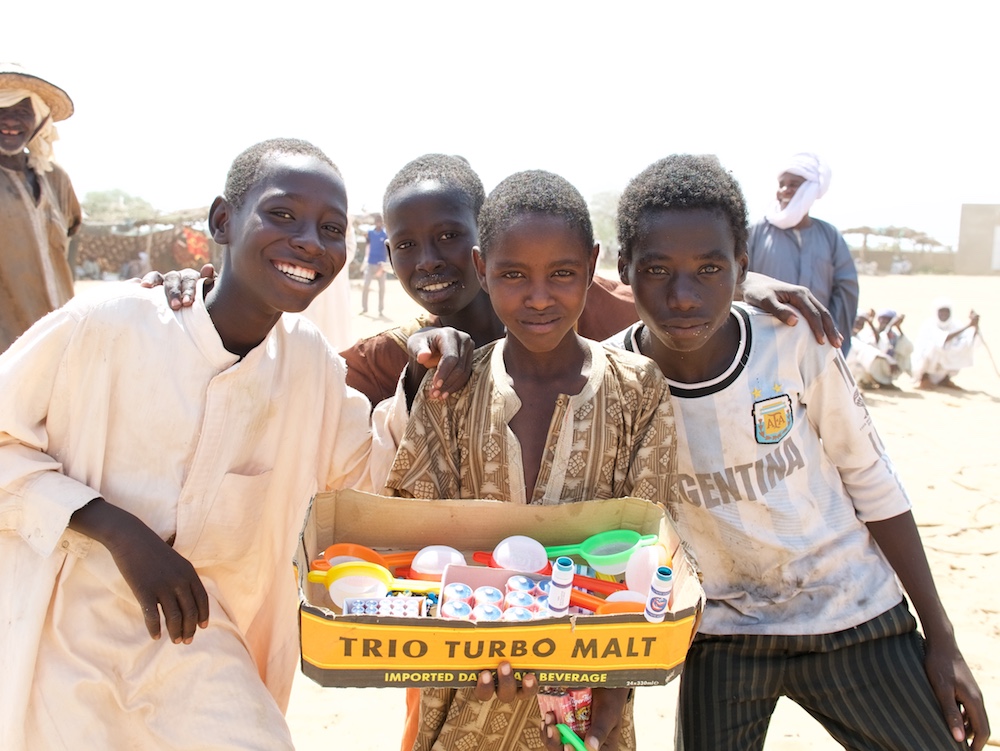 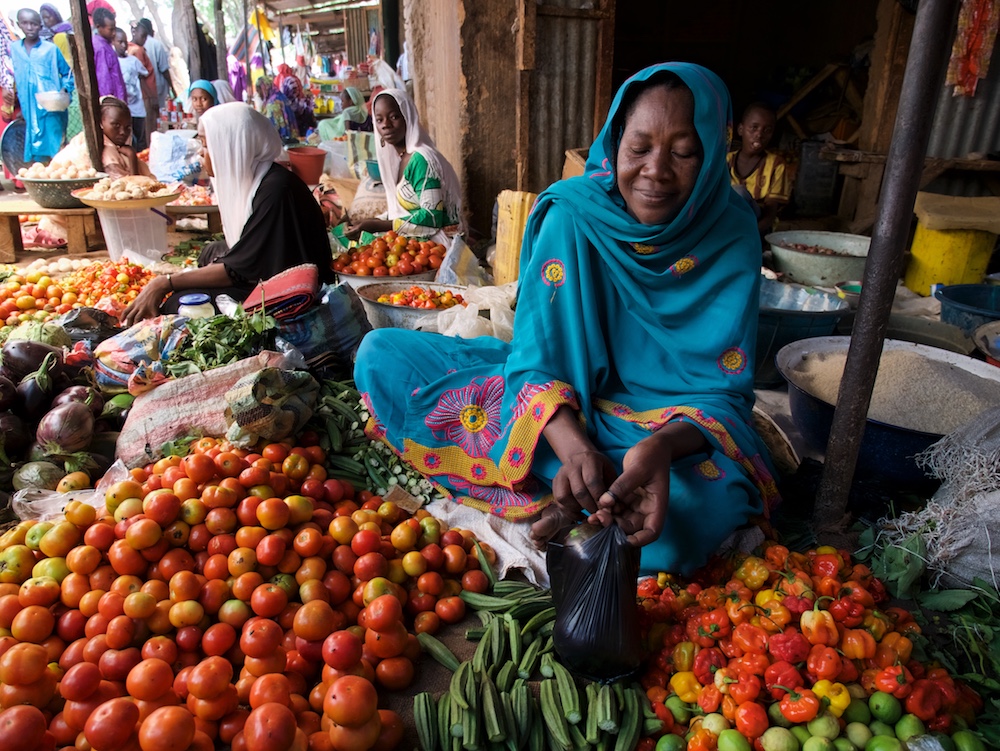 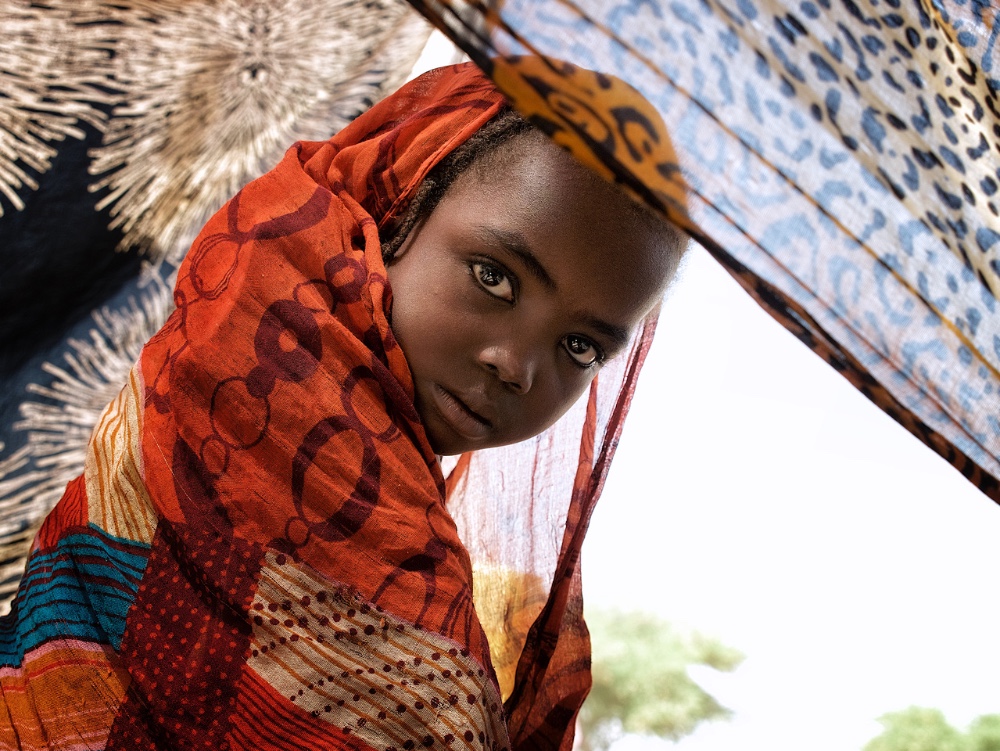