Warm greetings from our home in Kenya.

We are on the cusp of another rainy season here, and change (and hope) are in the air. In Africa, where the seasonal rains are never a certainty, the hopeful chatter of every Kenyan farmer and goat herder is as much an indicator of the seasons as an actual change in the weather. There’s a similar kind of chatter here surrounding the recent presidential elections, which took place a couple weeks ago, yet remain somewhat unresolved even now. After a disastrous election process five years ago, Kenyans far and wide have been praying, and hoping, for a second chance. 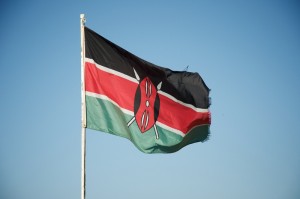 Election day on March 4th was quite extraordinary. Some twelve million Kenyans came out to vote. Most waited patiently in ridiculously long lines, in the blazing sun, to have their voice heard. It was an inspiring show of democracy in Africa, summed up perhaps in this quote from a rural Kenyan interviewed by a local paper: “Voting to me is the thing that makes all Kenyans equal. Whether you are a rich man or a poor man, everyone has one vote.” I thought that was a beautiful remark, especially in a land where rich and poor stand in such stark contrast.

The Kenyan people did an admirable job. As the results of the election remain contested, it’s now up to the courts and the politicians to sort things out, and hopefully, conduct themselves with the same nobility of character we saw among the citizenry on election day.

The art of letting go

For the Delorenzo clan, our home in Nairobi has changed. In December, Renee and I decided to move to a different house—one much closer to the media office. And so in February we packed our stuff onto the back of a dump truck (fittingly, perhaps) to haul it across town. We moved, sadly, from the country back to the city. That lovely house set among gardens and blue skies that you may have seen in our photo galleries is but a memory now. We are once again living in a grid of idling cars, towering apartment buildings, scant utilities, smoke, crime, and other unpleasantries.

But there are some benefits to the move—which is why we made it. I now walk to work instead of spending two to four hours a day on the road (I recently found Nairobi listed on a short list of the worst traffic jams in the world, which was oddly comforting. I don’t know how many times in the last couple years I thought to myself, “this must be the worst traffic jam in the world!”) Without the commute, I’m able to give more time and attention to our ministry while preserving some of my sanity. And I often get to share lunch with Renee and Zach—a sweet reward for accepting the chaos of our new neighborhood.

Another change for us: with the departure of our good friends and ministry partners, I’ve taken over the role of the media team leader. Ted and I started this ministry together almost six years ago. We were just two pilots with a restless vision for telling God’s stories here in Africa. As improbable as it was, God somehow led us to present that vision to our mission leaders, step into the unknown, and then trust Him as we crafted a brand new ministry for AIM. Together, Ted and I watched God grow the team and bless the work. Just this week at a management meeting I listened to our mission director talk about how OFM had “come of age.” He said that “throughout the mission, OFM had garnered great respect, and had become a full-fledged department in its own right.” Much of that progress can be attributed to Ted’s leadership over the years while I continued to fly airplanes and only helped out with a media project from time to time. In the last 2 years, I made the media ministry my primary focus, and just this month, I learned that my long time friend and partner in this most unlikely of endeavors, wouldn’t be returning to Africa. Ted leaves a well established team behind (we number about 7 now), as well as a big hole in our collective, creative abilities. It will be hard to replace him on the team.

As the years march on for our family, we are understanding more and more how transient mission life can be. We have probably said goodbye to more dear friends in the past five years than many people make in a lifetime. Like life in general, the missionary life is practice in the art of letting go.

I feel ready to lead the team however, and wonder if God’s timing in all this isn’t just right. (It probably is).

As you probably know, the major thing on our plate right now is the feature-length “Africa missions” movie. We started working on this ambitious project in the middle of last year. We filmed for about three months up through December, then took a break and began editing in January. There’s much still to do: We have to edit through a first and second draft, do test screenings, craft music, correct color, do something called “sound design”, promote and help distribute the film locally, and after that, begin work on translations. Some of the local churches here in Nairobi have taken it upon themselves to organize a missions event designed to coincide with the film’s release (sometime in September we think). They hope to begin a small movement, with the film as the catalyst, of new missionaries sent and supported by African churches. This would be our greatest hope for the film.

There’s a movie trailer (our first ever) on the project website. Be sure to take a look.

Even as the film dominates our attention, we are still engaged with some of our more typical work: Photography and design projects, websites, articles, and other short videos.

In November, I traveled with another videographer to a country in North Africa. (Some photos here). It was a sobering trip for me. The “North” is very different from Sub-Saharan Africa—a place I know well and mostly understand. North Africa seems much more shrouded in mystery. It’s a land of prosperity, beauty, lovely people, and rich history. But over it all, like the shadow of some unseen object, a sense of foreboding lingers: simmering social discontent, “big brother” governments, and the ubiquitous and total presence of Islam. In the countries that line the northern coast of Africa, going to “church” is largely illegal and growing more so. As the remnant, secret churches in these lands grow in numbers of believers, there’s a sense that things will become increasingly difficult for them.

But what I realized from my trip, and in my research for the videos I’m working on now, is that this is where the Church is headed as we follow Jesus’ command to make disciples of all nations. It’s simply inevitable. The easy places in the world are reached and the hard places remain. This part of Africa won’t be reached in the same ways as places in the past. And it will cost us.

As this year progresses, I expect my team will travel west again to central Africa, and south, as well as taking on a few video projects locally here in the east. As the team leader, I’m responsible to make sure our efforts are focused and effective. And our focus is the same as AIM’s: Christ-centered churches among all African people—with a priority for the unreached. We have a lot of fun in our media ministry. But I think my greatest joy in this work is seeing these specialized skills contribute to that focus. Sometimes this is hard to measure, but that’s OK. Good stories have a tendency to speak for themselves. 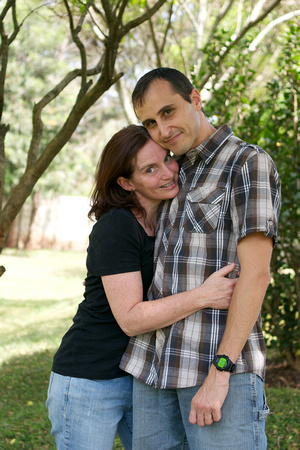 In December, Renee and I were given a certificate and heart-felt handshake for our (so far) 15 years of service with AIM—another milestone I guess. Called up to receive our little award at the staff Christmas party, I offered Renee my arm and we walked up together. As the years go by, I understand more and more God’s gift to me in Renee. Together, we have contributed much to this cause. Often, it’s me laboring on the front lines or receiving the pat on the back. But it is her who steadies me, inspires me, and encourages me—and sometimes makes the greater sacrifice.

As we carry on into our 16th year, home looks much the same for us even if the scenery has changed. Renee is homeschooling Zach through 5th grade, Amelia is some distance away in her second term at boarding school, and me, I’m just a short walk down the gravel driveway at the media office, immersed in the deep and amazing stories of God at work. Despite the many hard goodbyes and the myriad of little things we might easily chalk up as sacrifices, when we look back at where God has brought us over the past 15 years, we are grateful. God is good.

The “thanks” for all those years extends to many of you as well—you who have stood behind us for a very long time, and you who are new to this journey. Thank you!

In the past several years our financial support has faded to some degree. Because of many years of strong support, we’ve been able to weather the poor global economy even as we lost some of our long-time supporters. But now with Amelia at boarding school, and a raise in our support target to match the rising cost of living in Kenya, we are running at about 90% each month.

With my new position leading the media department, we’re considering stretching this term out to three years, making our next furlough in September of 2014. However, that won’t be possible unless we can bring our support up again. There’s a couple of things you might be able to do to help:

If you’re supporting us through some kind of automated contribution plan (or think you are), please take a moment to make sure it’s still active. It’s not uncommon for those to expire unnoticed. And if you’ve ever considered becoming part of our support team (or returning to it), this could be a great time. Please pray about it, and feel free to shoot us candid questions if you have them.

We serve here in Africa by the Grace of God, and by the generosity of people who believe in the cause we labor for. And we never forget how amazing both of those are.

For me as I lead this team, and as we together search out and tell God’s stories.
For the movie project to be used in a mighty way for raising up African missionaries.
For AIM as they venture into new and difficult places.
For stability in Kenya as they sort out their elections and their future.
For Renee and our kids, that God will fill them with His purpose and grace.
And for our financial support, for God’s provision