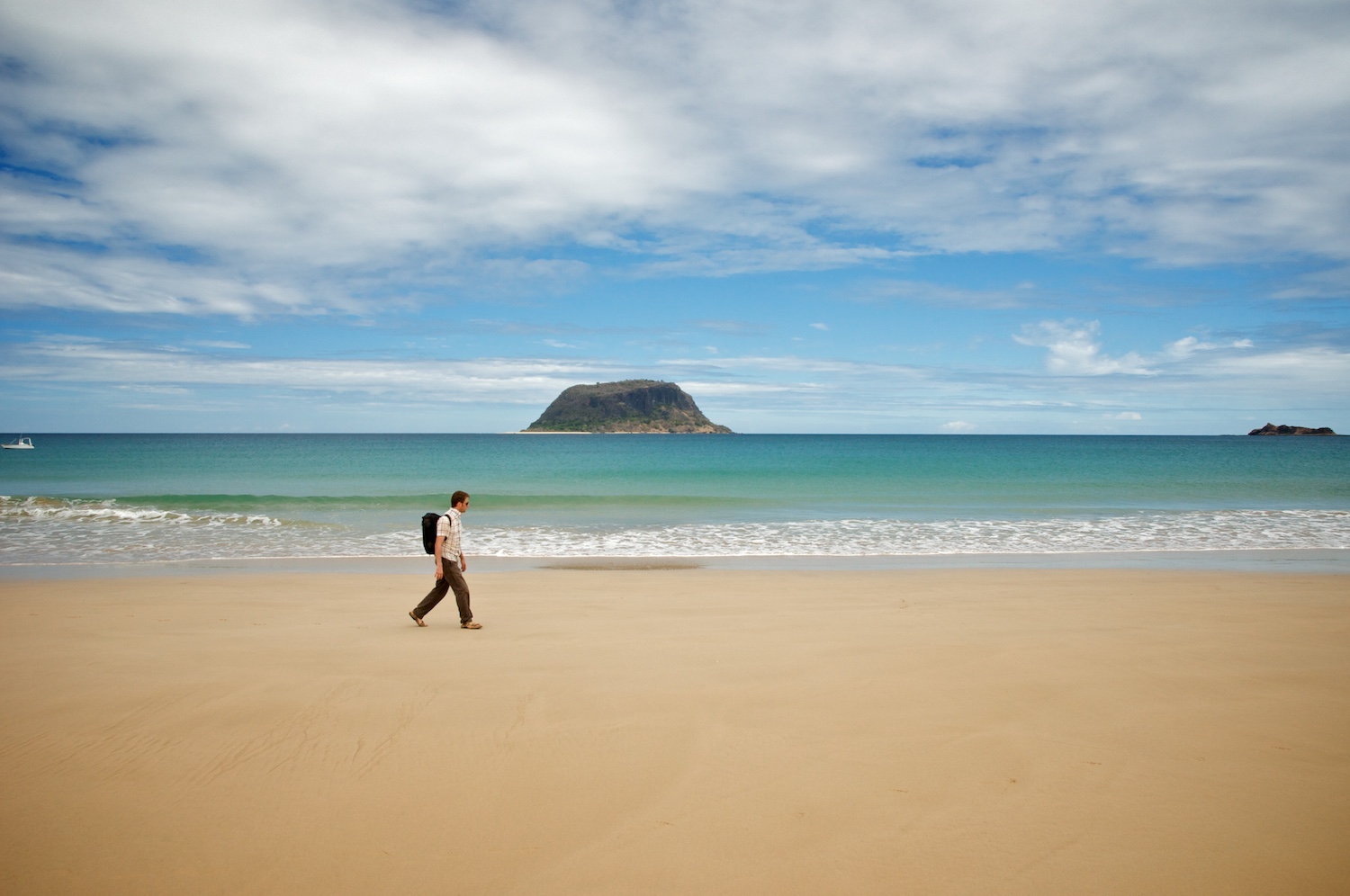 (I recently returned from a 12-day trip to Madagascar with our media crew. View Photos for this Travelog here.)

Madagascar is sometimes called the “Eighth Continent” for its unique diversity of people, plants, and animals. Indeed, it was the most “out of Africa” I have felt in Africa. We landed in the capital city, Antananarivo, and immediately saw a difference. Much of highland Madagascar is populated by a people who have closer ties to east Asia than to the African continent. Rice fields, bustling streets and rickshaw traffic, all amidst a backdrop of old French colonial influence.

Our assignment was elsewhere however, and on day two we flew to a large island off the far northwest corner of the country called Nosy Be. Here we encountered lemurs and chameleons, and were mesmerized by the sweet smell of ylang ylang, a flower grown en mass in orchards of twisted trees all over the island, then distilled and exported as a fragrance.

Nosy Be is home to the Sakalava people. They are some of Africa’s least-reached peoples, and a group among whom AIM hopes to begin new ministries. We journeyed here to learn more about them: their culture, their hearts, and to generate some media that will help build up the mission teams who will one day serve here, as well as build the prayer support for those ministries.

We spent our time with one particular, peaceful little Sakalava village – a village which was essentially a large extended family sharing the work of cultivating rice, fishing, harvesting ylang ylang, raising kids, and everything else a simple life entails. But even though the people were friendly and the setting beautiful, we found there was a dark side to the Sakalava culture. It was, like most of Madagascar, deeply animistic.

Every village had sacred places of one kind or another. Trees wrapped in royal cloth, rocks set apart, tombs enshrined. Offerings of rum and money and hopes and dreams lying at the foot of so many inanimate objects throughout the island. Central to Animism is the belief that the spirits of dead ancestors still live on. They may posses objects and even other people, and they have real influence in the world. These spirits must be petitioned, appeased, and even feared.

For the Sakalava, these spirits shadow their lives – lives of simple joys and common struggles for the most part, but also lives mercilessly bound to a fickle and fearful spiritual realm. As disheartening at this was to see, we learned that things were much the same, or even worse, for the Sakalava’s neighboring people group, the Antakarana.

And so, the second half of our trip had us traveling in a zig-zag fashion to capture their story. We journeyed back to the mainland via speedboat taxi, and then via mini-bus to the seedy town of Ambelobe to meet the Antakarana king. From there we set out to see the royal tombs and sacred caves—key sites in the epic story of the Antakarana people.

As the legend goes, sometime around 1820 they found themselves on the run from the conquering Merina people. They were forced further and further northward, over a mountain ridge of sharp limestone cliffs and then into a massive and elaborate cave system where they hid. A remnant of the Antakarana survived in the caves for over a year before the king decided to make a daring escape. One night, they fled to the coast, took to handmade dugout canoes, and paddled into the sea.

They landed on a tiny island, a place where they expected to make their last stand against the Merina, but the Merina never came. And so the people settled the island, and Nosy Mitsio became the cultural birthplace of the Antakarana.

We also took to the ocean, but in a well-supplied speedboat, and blasted over open water for a couple hours to land on Mitsio ourselves. What we found was a paradise—beautiful beaches and tiny villages. The island is home to about 2,000 Antakarana who are cut off from the world in many ways.

They live a life of self-sustenance: fishing and farming and raising cattle to support their families. There is a small school on the island and children walk an idyllic couple kilometers from their homes to the schoolhouse each morning. They have some development needs, as would be expected in such a place. There’s a need for better fresh-water management, and a health clinic. But the most glaring need is again a spiritual one.

There is not a single church within reach of the Antakarana. They are nominally Muslim in identity, but their hearts belong to the ancestors. Like the Sakalava, they are hopelessly animistic.

On a sandy clearing near the compound of the resident king we found a haphazard arrangement of rocks, like a little Zen garden, but without the peaceful feeling. These are very sacred stones to the Antakarana. They allegedly came from the caves with the remnant Antakarana almost 200 years ago. And today, they are said to embody the spirits of past kings.

The people here still display the defiant character of their ancestors. But that proud defiance which once saved them from a conquering tribe, now manifests itself in a community suspicious toward outside influence, and bound by a dark spirituality.

And yet, by the end of our stay, after we traversed the island with our cameras and strange culture, and as we sat and listened and learned, they were beginning to warm up to us. It was easy to imagine missionaries coming here. And even a church. That would take the epic tale of the Antakarana and weave a beautiful redemptive thread right through it. And that would be quite a story.